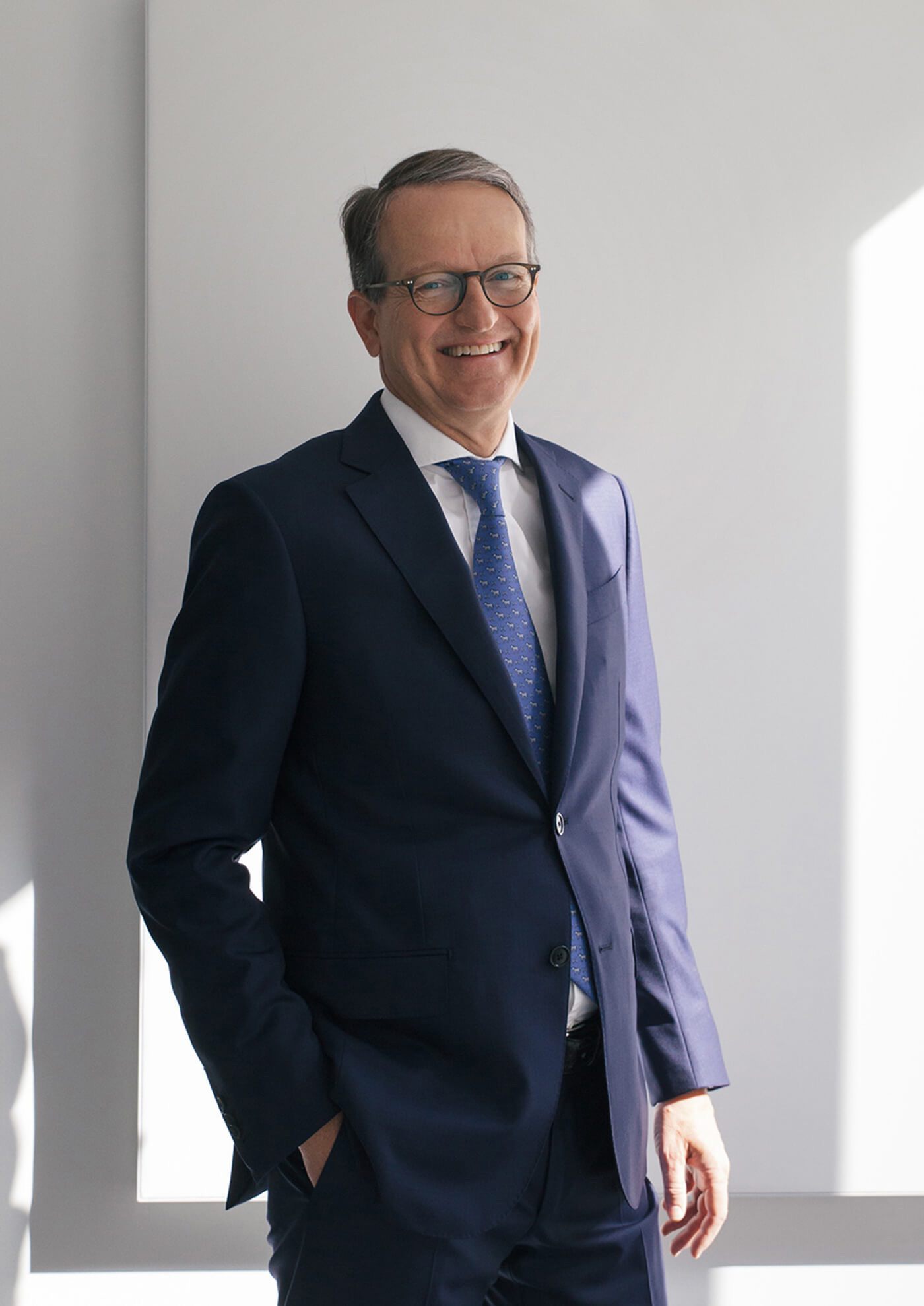 Hugo Trütsch has been a member of the Executive Board of Beisheim Holding GmbH in Baar since 2007 and was appointed Managing Director in 2014.

Hugo Trütsch studied law at the University of Zurich. After qualifying as a solicitor and notary, he worked as a lawyer before joining the legal department of Metro International AG in Baar in 1987. Within Metro - and from 1999 within the Beisheim Group - he exercised various roles and functions and worked predominantly in the areas of M&A and real estate.